If for any reason you are having trouble using bean box dot com, please call us directly on +1-888-923-8596 or email us at delight at bean box dot com (delight@beanbox.com).
NEW YEAR OFFER: Get started for only $19/mo (Save 20%) ▶
Essential Coffee News & Tips - The Bean Box Coffee Blog
Coffee Culture Making Better Coffee Your Coffee Palate

It's not just Seattle - Coffee is everywhere, all the time, and it's fascinating.... 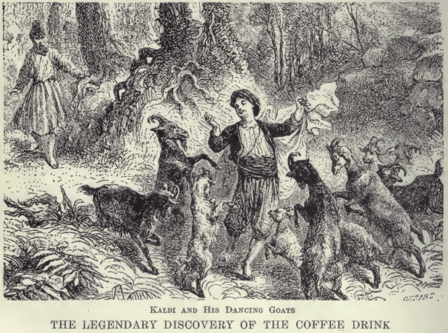 Coffee contains 1200+ chemical compounds, 850 of which determine flavor.
In Greece and Turkey, coffee is served to the eldest first, as a sign of respect.
The first American coffee trader was Dorothy Jones of Boston, who was granted a license in 1670.
The average US consumer spends over $1100 on coffee every year.
In the US, 80% of adults drink coffee on a daily basis.
Dark roasted coffee actually has slightly less caffeine than lighter roasts.
Really need the kick? Don't add milk, which slows the absorption of caffeine in the stomach.
New Yorkers drink roughly seven times the coffee as consumers elsewhere across the US.
No more than 100 cups of coffee! That's the lethal dose for humans.
Only 65% of coffee is consumed with breakfast.
Half of all coffee drinkers say they need their morning cup to feel "like themselves".
A traditional Ethiopian coffee ceremony can take hours, including "buna" (coffee) served with salt and butter.
Both the American and French revolutions are said to have been plotted in coffee houses.
Coffee is more than 99% water. Want great coffee? Start with filtered water.
The average coffee drinker consumer 3 cups daily.
Coffee is the world's second most traded commodity, second only to oil.
The New York Stock Exchange likely started in a coffee house on Wall Street in the late 1700's.
Only 28% of Americans drink their morning cup of coffee black.
Beethoven was very particular about his morning brew ratio: exactly 60 beans per cup.
Coffee is the world's second most popular beverage, second only to water.
The coffee decaffeination process yields pure caffeine typically sold to soda companies.
The world's first coffee house opened in 1475 in Constantinople.
The International Olympic Committee includes caffeine on its list of prohibited substances.
Coffee doesn't dehydrate, as it's composed of 99% water.
Caffeine only takes about 10 minutes to start physiological changes in the body.
Getting ready to work out? Try a cup of coffee beforehand to improve your performance.
By volume, espresso has only about 1/3 the caffeine in a cup of drip coffee.
In the seventeeth century, a pound of coffee cost roughly the same as 4 acres of land.
Two-thirds of the 300+ million cups of coffee consumed in the US are brewed at home.
After maturing for 3-4 years, one coffee tree will produce about 1-2 pounds of coffee a year.
Coffee became America's patriotic drink of choice not long after the Boston Tea Party.
Worldwide, roughly 2.5 billion cups of coffee are consumed daily.
1/3 of tap water in the U.S. used for drinking is used to brew coffee.
Every second, Americans drink 4,600 cups of coffee.
A coffee "bean" is actually the seed of a fruit, itself a berry.
Espresso is not a bean. It's a way of preparing coffee.
Hawaii is the only American state that grows coffee.
Seattle has the most number of coffee shops (per capita) in the US.
49% of coffee drinkers would rather give up their cell phone for a month than go without.
Coffee was the first food to be freeze dried, during WW2.
There is a naturally decaffeiunated coffee - Coffea Charrieriana, grown only in Cameroon.
Brazil is the top coffee producing country in the world.
Caffeine evolved in plants as a way to ward off insects, not attract humans.
1 in 10 coffee beans is a called a peaberry, in which there's only a single seed.
Cold brewing coffee yields a lower acid cup.
Bach wrote a comic mini opera ("the coffee cantata") about a coffee addict.
The average age of baristas in Italy is 48, and it's considered an incredibly well-respected career.
The original Arabic phrase for coffee, "qahhwat al-bun" translates as "wine of the bean".
Teddy Roosevelt was said to have consumer a gallon or more of coffee daily.
Get handpicked artisan coffee delivered fresh to your home with a Coffee Subscription
or our Coffee of the Month Club. And look no further for the perfect gifts for coffee lovers. 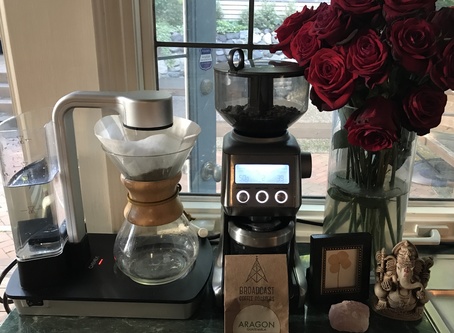 Great Coffee: It's All About The Grind

Our guide to your daily grind, and why grinding is the key to great coffee. 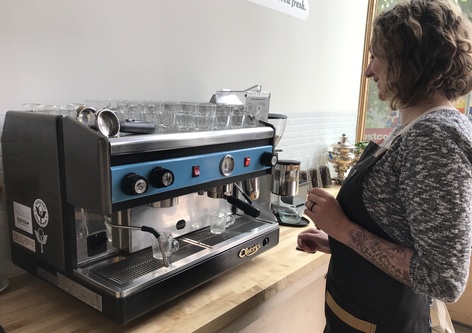