How to Froth Milk With Kitchen Utensils You Already Own

Frothed milk can turn a basic cup of coffee into a cafe-quality treat in seconds, and is a nice way to switch up your morning ritual. Plus, you can froth milk using kitchen utensils that you already own!

Read on to learn everything you need to know about frothing milk, including how to froth milk with plant-based alternatives and our recommendations for the best milk frothers. 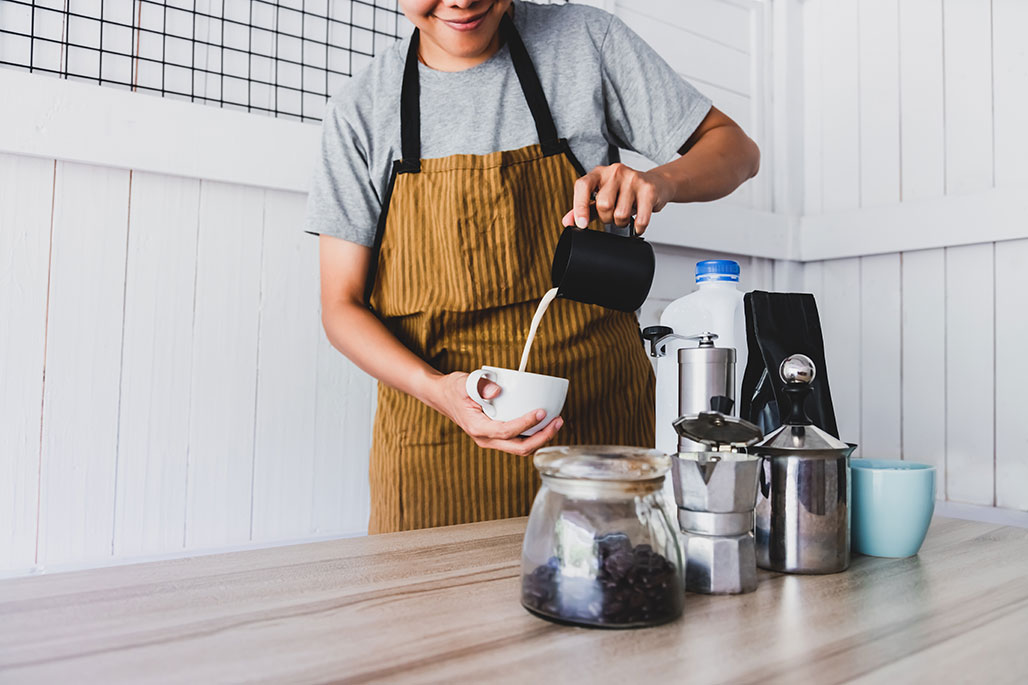 What Is Frothed Milk?

First, let’s define frothed milk. Frothed milk is the layer of foamy bubbles you often see atop coffee drinks. It is milk that’s been aerated with a tool, such a milk frother. Milk frothers typically come in two styles: handheld and standalone.

Why Should You Froth Your Milk?

Frothed milk adds a new texture and taste to a cup of coffee. It’s also an essential ingredient in coffee drinks including:

Some coffee drinks call for steamed and/or frothed milk. While these two ingredients might seem similar, they’re actually quite different.

While this technique creates tiny bubbles, the key difference is that steaming expands the milk content, while frothing simply foams it.

If you’re interested in buying a milk frothing tool, these are our recommendations for the best handheld milk frothers and standalone milk frothing devices. 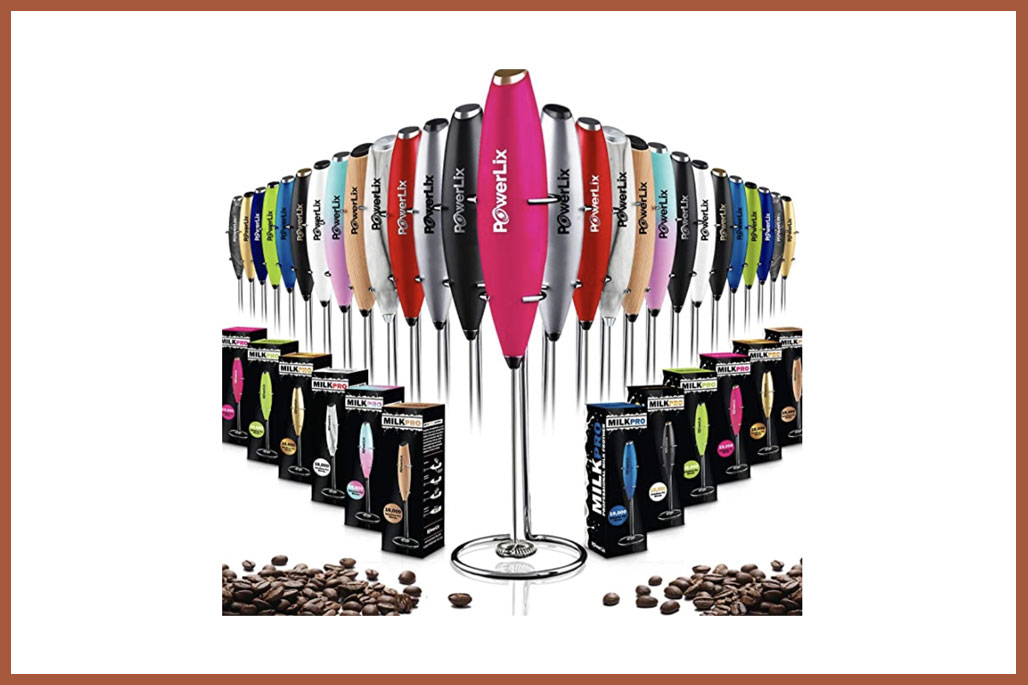 The PowerLix Milk Frother creates foamed milk in 15 to 20 seconds. And because this handheld milk frother is lightweight and battery-powered, it’s easy to throw in your bag and bring along with you on vacation! PowerLix also makes a set with latte art discs. 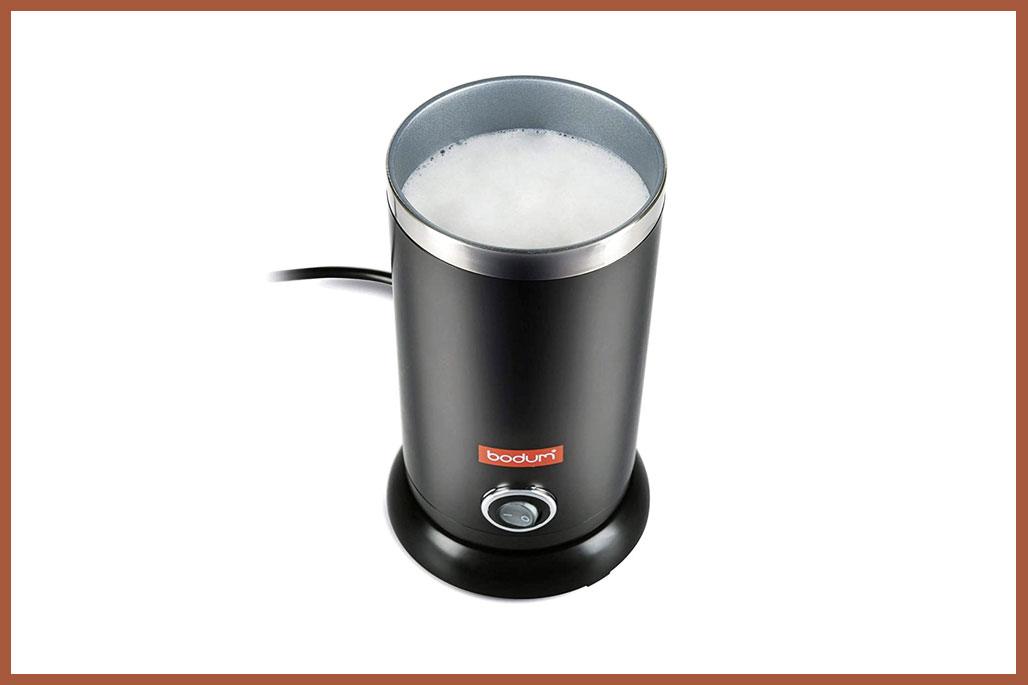 This nifty device heats and/or foams your milk—you choose based on the coffee drink you’re preparing. The Bodum Bistro Electric Milk Frother can heat up to 1 cup of milk at a time and has two convenient auto features: an auto shutoff when the milk reaches 158 degrees Fahrenheit (so you don’t have to worry that it’ll burn) and an auto-on feature when the milk temperature falls below 122 degrees. 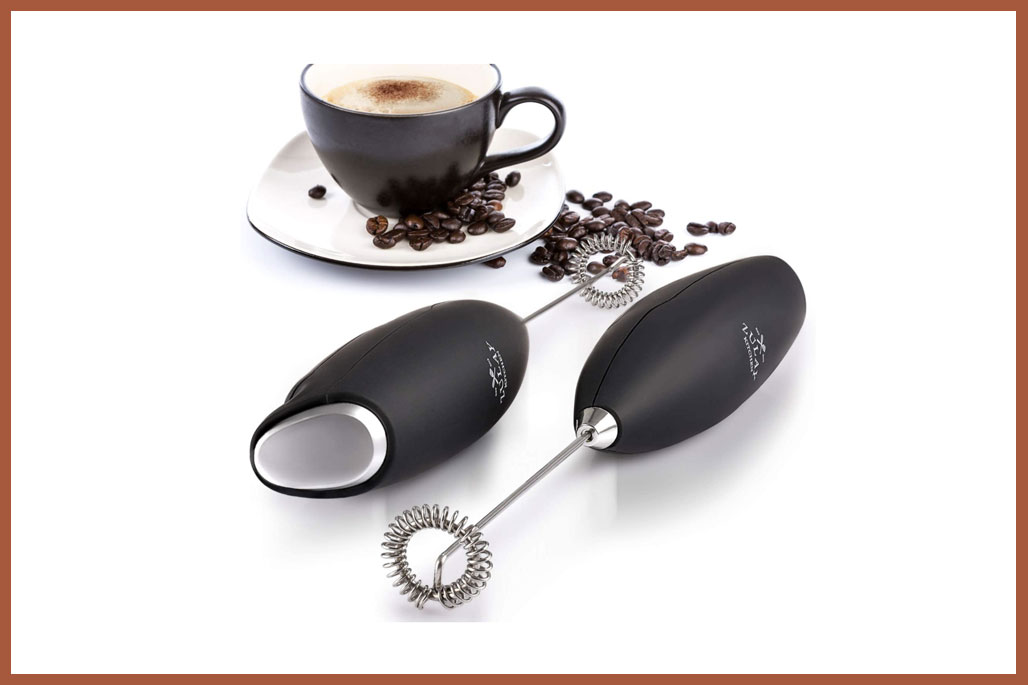 The Zulay Original Milk Frother is one of our favorites because of its intuitive design and ease of use. It features an ergonomic handle, easy on and off button, and sturdy whisk. It also has a stand and is battery-powered, making it easy to store, and it comes in 30-plus colors. 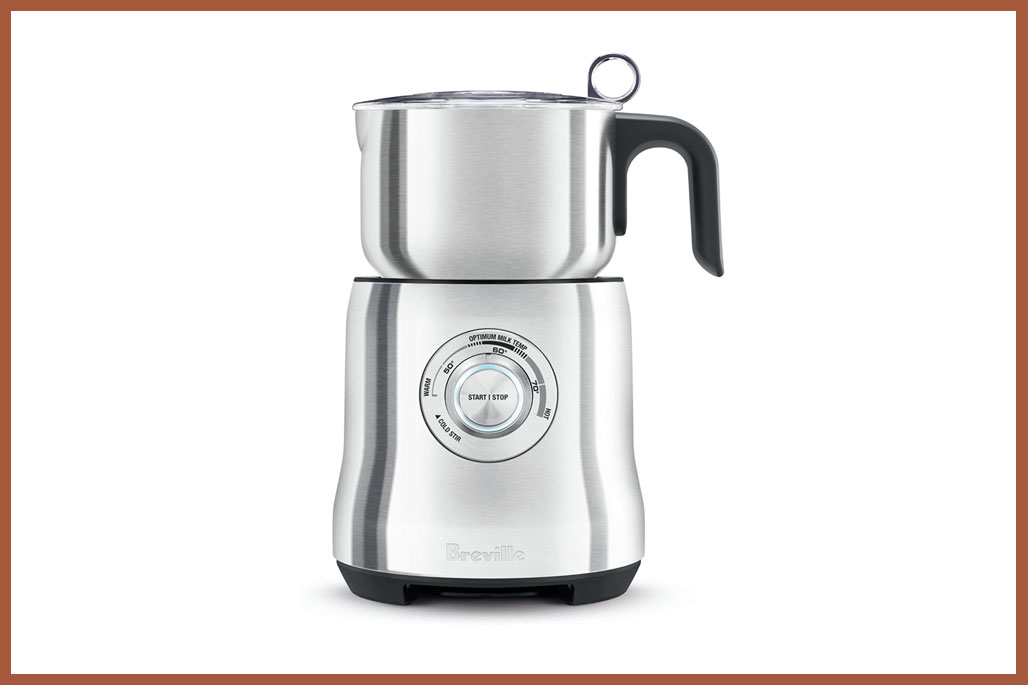 If you’re looking for something a bit more advanced that can also make a lot of foam at once, check out the Breville Milk Cafe milk frother. It comes with design discs for lattes and cappuccinos, and can also be used to make hot chocolate. Bonus: The jug is dishwasher-safe!

How to Froth Milk Without a Frother

If you don’t own a frother, there are a few other ways to froth milk.

First, you’ll need to heat your milk over a stove or in a microwave.

Next, use one of the following methods to froth without a milk frother:

Jar: Fill a mason jar about half full, tightly secure the lid, and shake vigorously for about 30 seconds. Remove the lid and microwave for 30 seconds, as this will stabilize your foam.

Whisk: You’ll need a little extra elbow grease for this one, but frothing milk with a whisk can be done! Vigorously whisk your milk back and forth until you see foam. You can also do this in tandem with heating your milk on the stove.

Electric Mixer: You won’t have to work as hard with this method! Place your warmed milk in a bowl and use your handheld or stand mixer to whisk the milk on a low to medium speed until it produces the desired foam.

Immersion Blender: Have an immersion blender you use for smoothies and soups? You can use it for your latte, too! Simply place the head of the blender below the surface of the warmed milk until a foam has formed; this takes one or two minutes at most.

French Press: Yes, your French press can make foam! Simmer your milk on the stove (just like you do with your water for coffee) before pouring the milk into the French press. Next, put the lid on the French press, holding it in place as you move the plunger up and down. It will double in volume as the air essentially puffs it up.

How to Froth Almond Milk & Other Plant-Based Alternatives

Plant-based alternatives such as almond milk aren’t as easy to froth since they’re typically water-based and thinner in texture.

We find oat milk to be the best non-dairy option for frothing milk since its thick, creamy consistency is comparable to whole milk.

If you’d like to make frothed milk with a non-dairy milk, these are the methods we recommend: 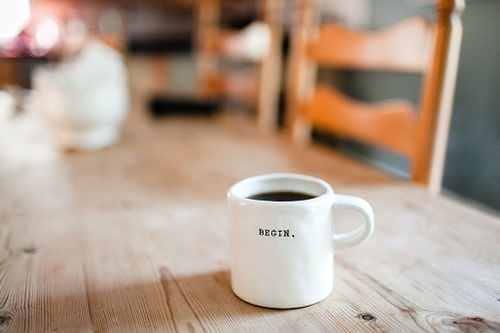 The Best Coffee for Beginners 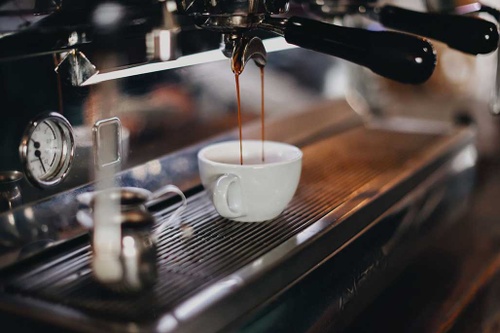 How to Make Espresso at Home (With or Without a Machine) 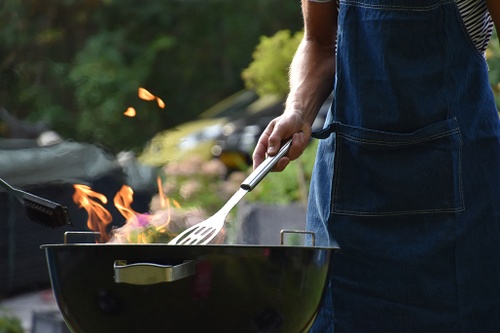 Cook With Coffee: 5 Ways to Add Coffee to Your Summer BBQ